Unknown Lincoln has much to offer: the Cathedral of the Da Vinci Code movie, a copy of the Magna Carta, a first class journalism university and it has been voted one of the cheapest cities to live in England. Pack your bags!

Traditionally Lincoln is seen as a historical city, quiet but full of the quaint English charms tourists seem to love. We have a magnificent Cathedral, one that has been used in many films – including the Da Vinci Code. Lincoln Castle, although now much of a ruin has another talking point, it houses one of the rare copies of the Magna Carta.

With a City as old as Lincoln (you can find it in the Doomsday book) there’s bound to be talks of ghosts and ghouls, indeed, we have three ghosts walking every week around the historical quarter.

To bring the City up to date we have some fabulous shops and restaurants amongst all the gorgeous architecture. My place of study also makes use of the older buildings, the University of Lincoln has won design awards for its use of restoring and modernising dated pieces. 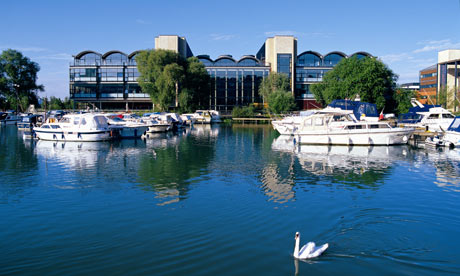 The University itself is very young, it was built in 1996 after locals decided to raise some of the sponsorship. They felt that their city was lacking something. In fact, when the famous Oxford University was conceived, the monks couldn’t decide where to put their new place of study – Lincoln or Oxford? Of course it was Oxford that was chosen but you could say that Lincoln had been without a University for thousands of years.

The population of Lincolnshire is considered quite diverse. Since the EU paved the way thousands of Polish, Lithuanians and Romanians have flocked to the region because of its high agriculture. For some it was difficult to integrate but over the last three years societies and clubs have been set up to make the process of moving in to Lincoln as smooth as possible. At my radio station we have been working with the Polish for over a year and they now have their own monthly show. Broadcasting in English and Polish it reaches far into the community and is considered a success.

But what of the nightlife I hear you ask? Well Lincoln is populated with many bars, it would take you a good weekend to get round them all, and we have the Engine Shed when we want a club night out. The venue is also famous for the bands it brings to the City, in the last year we have had The Zutons, Babyshambles, Dirty Pretty Things, Stereophonics, Ian Brown and the Deftones to name a few.

But don’t worry if your pockets feel a little light, Lincoln was voted the second cheapest city to live in England. So if you ever find yourself in the East Midlands, make sure you give Lincoln a visit.